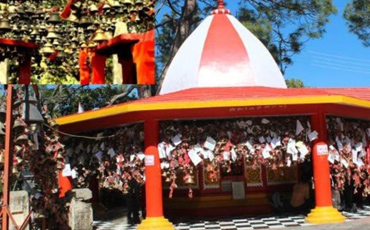 Chitai Golu Devta is the most popular Temple in Kumaun and eastern Garhwal region of Uttarakhand state of India. In eastern Garhwal knows the GorilDevta. GorilDevta is the legendary God of theKumaun. It is situated 4 km (2.5 mil) from the main gate of Binsar wildlife sanctuary& about 10 km (6.2 mi) from Almora. 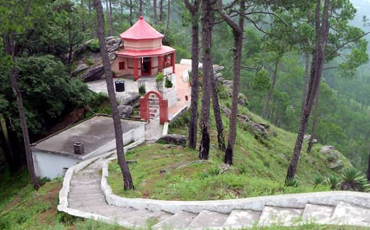 Kasar Devi is popular Hindu devotional place which is located atAlmora, Uttarakhand. It is known as Kasar Devi Temple.A large fair is held at the Kasar Devi temple on the occasion of KartikPoornima in the Hindu calendar, corresponding to November and December.
In Kasardevi temple, there are two different groups,one is Devi and another is called as Shiv &Bharava. In the main temple, long years Akhandjyoti keep on flaming for 24 hours. 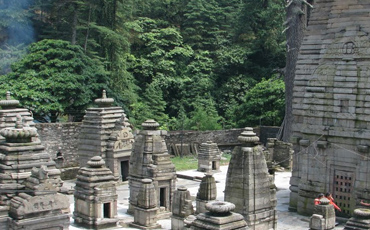 According to Hindi belief, the worship of Bhagwan Shiva started from the Jageshwar temple.It is said that Lord Shiva was doing penance atDandeshwar. In the meantime, the wives of the Saptarishis reached thereand was strongly attracted by the lord Shiva's When the Saptarishi reached there, he got angry and cursed Lord Shiva for the fall of his penis which caused shallow down of the entire universe.
Later on, somehow all the gods celebrate shiva and shiv linga was established at Jageshwar. Since then it is believed that worship of Shiva Linga started. In the Jataganga river valley where two streams Nandini and Surabhi flow down and meet near the sacred spot.